"I'm constantly amazed at the sheer power that women hold within their bodies. The power to create, to nurture, to grow. It's such a mind-blowing thing. And not just once, but over and over again." -- a young female friend currently living in Central America 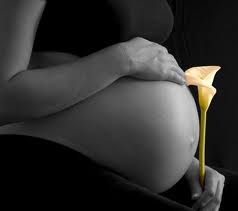 Something amazing happened last weekend: at long last, I felt our baby move. It's been a long time coming; apparently, the position of the placenta is such that, even for Jodi, our little one's movements were nearly imperceptible for most of the last several months. But even in recent days, when Jodi would say, "Jim! The baby's moving!" her exclamation or the touch of my hand was enough to still whatever stirring had been underway.

I've said many times that this is my chief jealousy with regard to the opposite sex -- that I'll never feel the movement of my own child growing within me. Even with four children already born into this world, it's still a thrill to experience this, even from the outside.

Something else amazing happened this weekend. At the St. Michael Catholic Church Fall Festival, Jodi received abundant congratulations -- such is the genuine joy that this community finds in each and every baby, no matter how commonplace a miracle it seems in our little Catholic bubble -- and at least twice, two grandfathers asked if they could hug her. One said he feels in awe of pregnant women, and the other, with his thumb and forefinger an inch apart, said, "I always feel about this tall around mothers."

Their tremendous respect for women and motherhood resounds in my own heart -- and calls to mind one of the traits that attracted me to my bride from the beginning: the fact that she was the first woman I had met since I started college who did not hesitate to say she wanted to be a wife and mother. Sexuality and fertility, procreation and co-creation, married love and family life are tremendous blessings, which, too often, we devalue or seek to avoid. Thank you, Jodi, for allowing God to work this miracle through you, as my young friend said, "not just once, but over and over again." You are beautiful, strong, resilient -- and we love you.